Fruit trees consist of two parts. The part of the tree in the soil is called the rootstock, the part of the tree we can see above the soil is the actual variety of apple, pear, plum, cherry etc. You may well ask, why are trees grown in this way? Why not just plant an apple seed in the ground and grow apples on the tree that develops after the seed has germinated? There are several reasons for this, but the most important factor is that the tree grown from the seed of that specific apple you liked so much will be totally different in taste and appearance. In other words, the propagation of fruit trees of a specific variety can only be achieved by grafting or budding the vegetative part of that variety on to the rootstock. 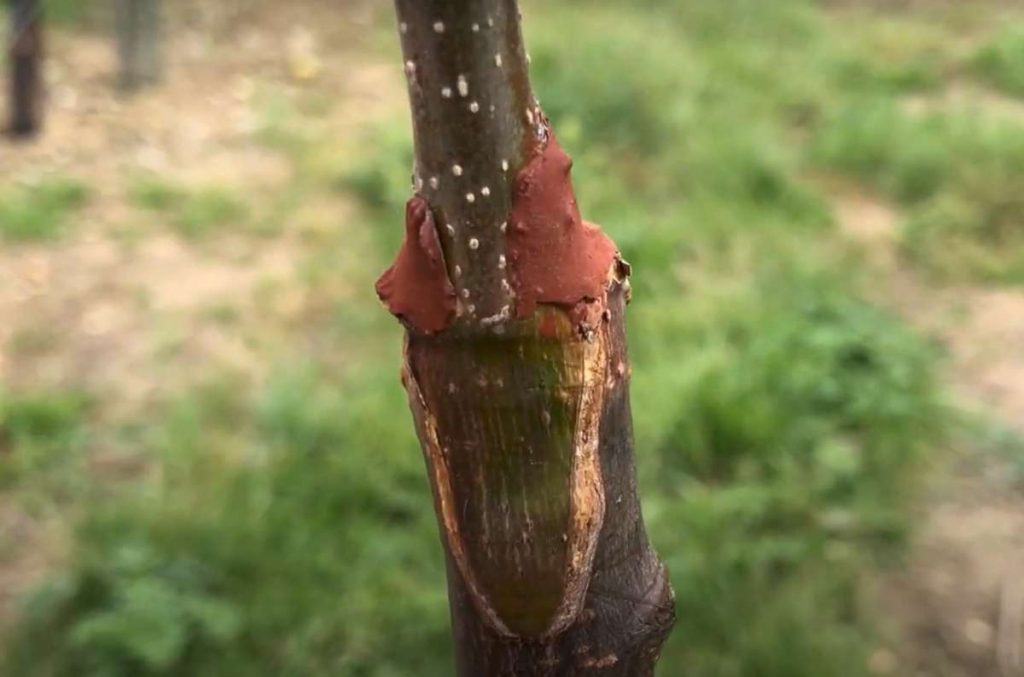 Another important reason for grafting the variety onto a rootstock is that this gives us the chance to control the size of the final tree. Considering apples by way of example, rootstocks are produced by means of a careful selection of crab apple trees, according to their tree size and health status. These rootstock are identified by letters and numbers: for example, M27 will produce a very small apple tree, while apple trees grown on type M16 will produce a very vigorous and strongly growing unit resulting in a large tree. The M in the rootstock name comes from Malling, namely the East Malling research station in Kent where a lot of work on dwarfing rootstocks was performed in the 20th century. MM, as in MM106 and MM111, refers to Malling-Merton, and the cooperation between the East Malling research station and the John Innes Institute in Merton.

Let’s consider the origins of a Braeburn apple tree that you have seen in the garden centre. In February, when the tree was fully dormant and without leaves, the fruit tree raiser took a twig from a Braeburn tree, a healthy one-year-old piece of wood of about pencil thickness. He cut a four-bud piece of wood from this sample, using secateurs. This became the scion wood, the graft that he then fitted into a cut on the rootstock. After having tied the graft into position, he then sealed the wound completely with grafting wax. The procedure can be seen in our video demonstrating whip and tongue grafting.

How to graft your own fruit trees

Apple varieties already grafted onto rootstocks and ready to plant during the dormant season are available from nurseries and online. But it is also possible to purchase apple rootstocks, which cost much less than one or two-year-old trees, and graft the variety onto them yourself. In this case, ensure that the rootstocks are certified as virus-free.

Grafting (or whip grafting) is always done during the period of dormancy, in late winter up until the end of March, on a rootstock that has been lifted from the ground, or that has been left in the ground.

In all grafting techniques, whether whip and tongue grafting, rind grafting, or budding, the basic principle is that the rootstock’s cambium cells, situated just underneath the bark, are brought into close contact with the cambium cells of the scion.

In all these techniques, it is best not to touch the cut surfaces of the wood, in order not to interfere with the healing process that forms the callous and determines the success of the graft. 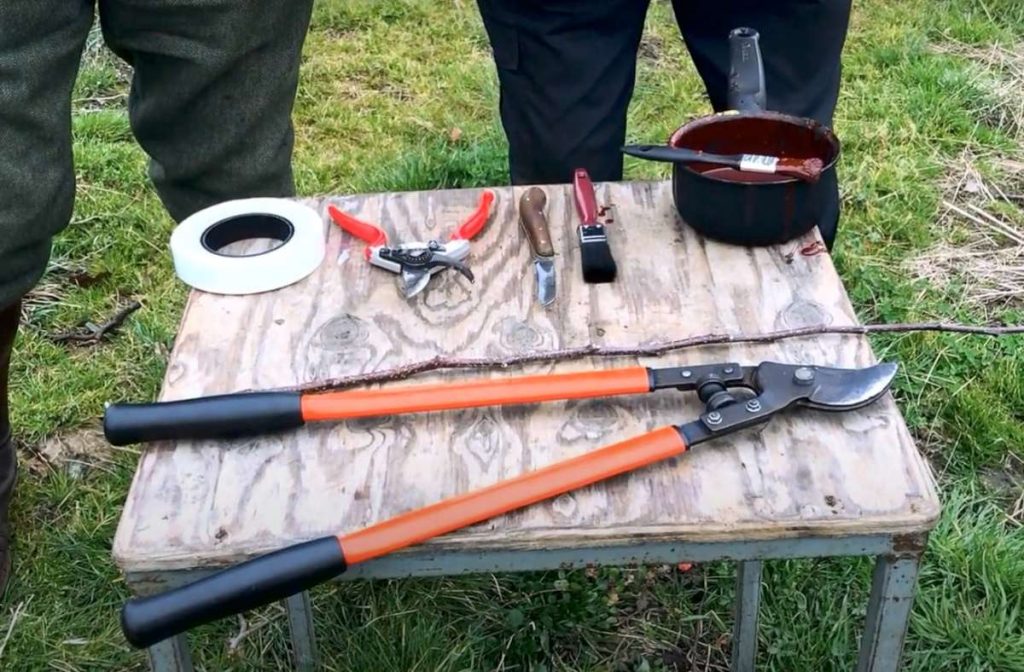 How to perform a whip and tongue graft

Watch a video in which William Seabrook demonstrates the whip and tongue graft.

How to rind graft a fruit tree

Rind grafting is similar in principal to whip and tongue grafting, but it is more useful if the location of the graft is a large piece of timber, as in the case of an old tree that you want to graft across to another variety.

Watch a video in which William Seabrook demonstrates the rind graft.

Budding fruit trees is similar in principle to whip & tongue grafting and rind grafting, except that in the case of bud grafting, an individual bud is inserted underneath the bark of the rootstock. The period is also different: bud grafting is performed in July/August, so that the bud has time to heal into the rootstock tissue.

How to perform a bud graft

Watch a video in which William Seabrook demonstrates the chip budding technique.