Winter Wonder is a very tasty apple, and good-looking with its green-yellow background and rusty red blush. It is a very late keeping apple with very good storage qualities. It is also one of the few very late blossoming varieties. It is therefore less affected by spring frosts. The flesh is crisp, and has a complex, aromatic, fairly sharp taste, which sweetens after Christmas. The tree is a regular cropper, and easy to manage.

Winter Wonder is probably a naturally-occurring sport or mutation of Suntan. It was discovered in the late 1970s by Dan Neuteboom in Braiseworth, near Eye in Suffolk, in a row of Suntan trees. But Dan can take up the story.

“That particular row of Suntan trees was planted in 1975, and over the next few years I saw that one tree was different from the rest. The tree was less vigorous than Suntan. In addition, Suntan produces fruit that can vary greatly in size, with some very large apples, but this particular tree produced more uniformly-sized fruit. The apples themselves are also a little different in shape, with a slightly flatter apex. When you eat it, the flesh is crispier, and juicier. As I had already had the experience of finding a new variety by chance with Suffolk Pink, it was clear to me that this tree was a Suntan sport, and so I began to propagate it, working with nurseryman Jack Matthews”. 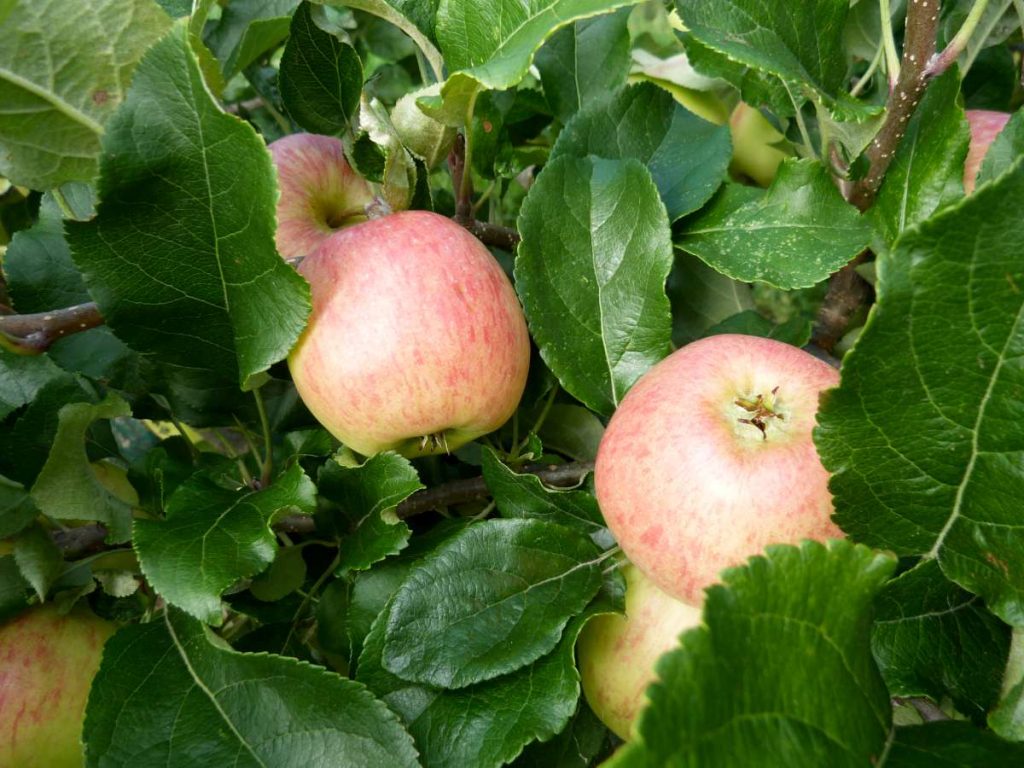